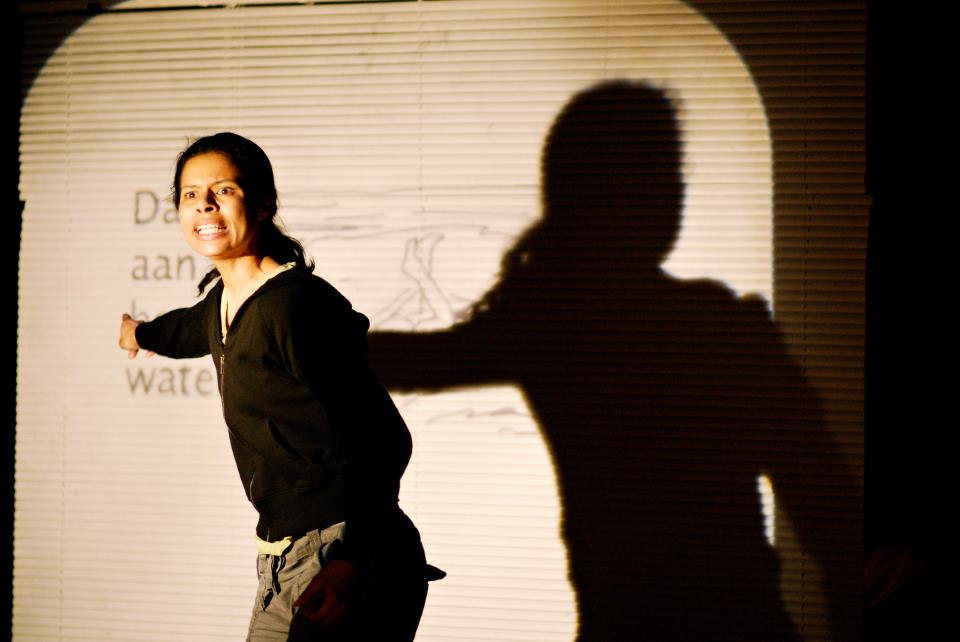 The dutch MC Theater Company brought to Brazil in November 2012 the play “Vai”, an adaptation of “Push” the award-winning novel from Sapphire, which inspired the movie “Precious“(2009).

The play tells the story of Precious, an illiterate teenager and a victim of constant abuse and domestic violence. After becoming pregnant of her own father a second time, she is forced to drop school. Precious moves to an alternative school where, with the help of a dedicated teacher, she learns to read and write. As she learns how to read and write, she discovers the power of words, she improves her self-steem and starts to take charge of her own life. The play raises an important debate about domestic violence, sexual abuse, and the role of education in ensuring young people’s autonomy and well-being.

The production was part of a broader educational project called “Vai – Quebrando o Silêncio” (Push! Breaking the Silence) that has already traveled to other countries and inspired a documentary made by filmmaker Nina Jurna (“Push, no tan tiri” from 2008).

During workshops, using a dynamic methodology students were able to safely express their views and share personal experiences, they were also provided with comprehensive guidance of support services available to them in the school and in their communities.

After the workshops, students watched the play and took part in debates with the international cast.

Coordinating those educational workshops and facilitating the audience interactions with the characters during the play and the the post-play debates has been an unforgettable experience for me.

Witnessing the power of theater to sparkle difficult conversations and raise awareness only strengthened my belief in the transformative power of arts and culture!

I was super proud to be part of the team, and work on this project… bedanken for the entire MC Theater crew for the opportunity.. you folks are inspiring and amazing!